Maura Conlon-McIvor, PhD (Depth Psych 2004) first learned about Pacifica during a conversation with a radiologist in Oregon. Maura recalls, “I could not believe his reading list, quantum physics and cosmology–a little non-typical for the average physician!” She had been searching for a graduate program for some time that would allow her to synthesize an appreciation for neuroscience, psyche and the creative arts. Maura comes from a background in media and publishing, having worked in New York, Los Angeles, and the Pacific Northwest, and holds a dual citizenship with Ireland. Maura authored the Los Angeles Times bestselling memoir, FBI Girl (TimeWarner), a coming-of-age comedy/drama, which was eventually adapted for stage.  Maura’s new initiative, GlobalClimateLove, focuses on integrating the performing/expressive arts with personal, cultural and planetary healing of unvoiced trauma. 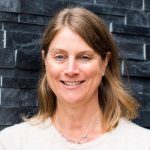 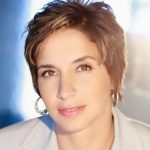