Born in Texas, “Dr. Siri,” as he’s affectionately become known, grew up in Texas and moved to California in the 10th grade. From sunny California, Dr. Siri moved to a distinctly different climate in Minnesota, where he completed a Bachelor’s Degree in Psychology from Carlton College.

During his last year in college, Dr. Siri began studying dance as well, and dance propelled him into a 15-year world-wandering career as a dancer, choreographer, and teacher. Dr. Siri danced on Broadway in the original production of The Wiz, performed in a musical with Eartha Kitt in LA, appeared on TV with Donna Summer, danced on the Academy Awards, and taught at the world-famous Alvin Ailey School.

From the Lula Washington Theater Facebook Page:
“Siri Sat Nam Singh is a living treasure of the Los Angeles Dance Community. He danced with some of the most highly acclaimed choreographers of his time: Donald McKayle, George Faison, and Talley Beatty. He Danced on television, film & broadway shows. Lula danced in his Dance Company when she was in her beginning stages of her dance career.”

The study of yoga gained a central place in Dr. Siri’s life during this time as well: he studied yoga for twenty years under Yogi Bhajan. Not only has he been practicing yoga and meditation daily since 1974, but he was also selected and approved as the first Director of Teacher Training of Kundalini Yoga in the 80’s by Yogi Bhajan, the Master of Kundalini Yoga.

After Dr. Siri retired from dance, he taught and practiced as a yogi for 5 years, and then he “remembered,” as he says, that he had a BA in Psychology!

For Dr. Siri, dance and the practice of yoga deepened him into “living in my heart,” as he puts it. After his retirement from dance, and in addition to teaching and practicing as a yogi, Dr. Siri began to search for his next life-step. Dr. Siri told PGIAA how glad he was to have taken the opportunity to get a BA in his youth, as it enabled him to charge right into his next heart-centered career: he pursued an MA in Clinical Psychology from Antioch University, after which he became licensed as an MFT and embarked on a journey of helping others find their own heart-centered lives.

Now living and practicing in the Los Angeles area, Dr. Siri brings his own unique heart-centered process combined with his Depth Psychological orientation to his clients. He finds the humanistic approach of Virginia Satir particularly effective in his therapy office, where he treats families, individuals, and couples.

Continuing to embrace his gift for teaching, Dr. Siri has taught in the Graduate Psychology Departments at National University, Antioch University, and Pacifica Graduate Institute.

Back on TV, but now as a therapist, Dr. Siri currently appears on the Viceland show “The Therapist,” where he assists rap, hip-hop, and rock musicians to confront their troubles in front of the camera. Marveling at the willingness of these stars to open themselves to therapy on camera, Dr. Siri remembers Dr. James Hillman’s urge to bring “therapy out of the consulting room.”

Dr. Siri attributes part of the success of this series of televised therapy sessions to his own ability to sit in his heart. “Sitting in my heart allows me to also sit in others’ hearts,” he says, “which allows me to accurately reflect those in front of me.”

After several years practicing as a Marriage and Family Therapist, Dr. Siri felt a desire to broaden his experience. Catalogs for Pacifica Graduate Institute flowed through his mailbox regularly, and one day Dr. Siri sat down to read it through, followed a calling, and applied that same day. Dr. Siri defended his Depth Psychology dissertation in 2009. He received an ABC Television Mentorship Grant for his graduate studies research documentary on Ghana, Africa. Congratulations, Dr. Siri!

What was the title of your dissertation?

That which helps Dr. Siri with his busy schedule is his daily practice of yoga.

“It serves as a marker that I have gone into the ‘beyond’ in the field of Psychology. My degree has garnered me respect, yet I am quite aware that humility is crucial.”

“I’m glad I have done the work, because now the work is working for me!” 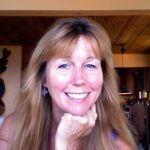 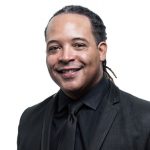