Where do you live?

I live in Pacific Palisades and Ojai.

The allure of being able to study both myth and Depth Psychology and how they relate/influence each other brought me to Pacifica.

My education at Pacifica has provided me with a valuable foundation in the world of myth and depth psychology that I apply in my cinema and storytelling work. I run a marketing and production company that specializes in films and media dedicated to enriching the human spirit and encouraging social change. My Pacifica experience initiated me with a mythic perspective that has carved out so much depth in my storytelling practice, and it has turned out to be so highly valued for someone like me who works to innovate in a story-driven industry such as the movie business. I like to say I run a think tank for new films and new models of marketing and distribution. We’ve worked with many of the leading studios and production companies, including Lionsgate, Participant Media, Roadside Attractions, Sony Studios, and Sundance Selects. While I was finishing my Pacifica coursework, I was also directing my team to create the grass roots outreach and marketing campaign for the documentary The Cove, which won an Academy Award for best documentary. I also worked on the documentary Finding Joe, based on the works of Joseph Campbell. Pacifica has helped me focus my effort and attention on how best to weave together entertainment, meaningful storytelling, and social activism by showing me the powerful frameworks provided by myth. It’s supported me with storytelling tools and research practices that have helped me write my book, conduct my lectures, and teach.

I’m now keenly aware of the enriching role that both myth and depth psychology play in our daily lives. I now view the world from a mythic perspective! Connecting with myth is such a powerful way of connecting with your passions. In addition to my work, I’m really excited about creating an engaging and passionate community of independent filmmakers. To this end, I lecture and lead workshops around the country through an initiative I call “The Passionate Filmmaker.”

What is the title of your Master’s capstone project?

Cinema Journey: A Voyage Though the Mythological World of Film.

What are your areas of interest? 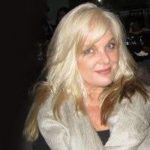 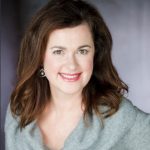