After hearing Joseph Campbell’s adjuration, “in order to understand Nietzsche and Kant, you have to start with Plato” on a PBS series many years ago, Chad Kreutzinger found himself studying as an undergraduate in a western Great Books Program. Chad went on to serve as a combat officer in the U.S. Army, and lived for a time in Paris and Berlin after his service. Inspired to study eastern culture and philosophy, Chad earned a Masters Degree in Eastern Classics from St. John’s College, where he also minored in Classical Chinese and Sanskrit. From Chinese studies, Chad moved into Japan studies; he lived in Japan for five years, living some of that time in a Shinto shrine.

Chad currently works in a think-tank on Southeast Asian governance and corruption but feels that policy alone doesn’t change broad behavior. Specifically, Chad has a deep concern that although Zen and eastern philosophy resonates with western psychologists, psychology as a science and practice has made very little headway in the East. More than just ‘something’ is lost in translation.

In the Nihongi, the earliest stories of Japan, there’s a passage where the first emperor:
…endeavored to advance into the interior of the island, but among the mountains it was so precipitous that there was no road by which they could travel, and they wandered about not knowing whither to direct their march. Then the sun goddess Amaterasu instructed the Emperor in a dream of the night, saying: “I will now send the Yatagarasu, the three-legged crow. Make it thy guide through the land. Then there did indeed appear the three-legged Yatagarasu flying down from the Void.

This was the “Aha!” passage for Chad, then living in Kyoto, Japan, that connected in his mind to Carl Jung’s three-legged horse in Symbols of Transformation.

Joseph Campbell said, “the only mythology worth thinking about in the future is of the whole globe;” whatever the final form of Chad’s dissertation, it will involve bridging eastern and western cultures, and Chad hopes to use the Odajnyk scholarship to that end. 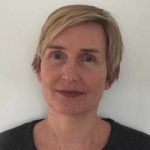 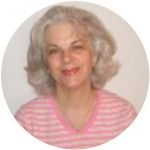