Activism as an Antidote – New Energy for 5WCW
The Million Women March
The election results came in. Hillary was not to be our next president. My heart hurt. I waited to hear Hillary’s concession speech. It kept being delayed and I kept putting off leaving for my early morning walk in Muir Woods. Finally, I decided to walk among the tall trees, my place for prayer, creative ideas, and perspective. I returned to my car to drive back up and over the hill home, turned on NPR and heard the announcer say that Hillary would be speaking shortly. There was just enough time to get home, turn on the TV and there she was, about to begin. What a not-to-be-missed moment and such a role model: strong, heart-centered, authentic, with clarity, grace and encouragement to everyone who had supported her.
Quotes from Hillary, that I take to heart.

“This loss hurts, but please never stop believing that fighting for what’s right is worth it”.
“. . We need you to keep up these fights now for the rest of your lives”.
“To all the women, especially the young women, who put their faith in this campaign and in me: I want you to know that nothing has made me prouder than to be your champion.”
“To all of the little girls who are watching this, never doubt that you are valuable and powerful and deserving of every chance and opportunity in the world to pursue and achieve your own dreams.”
“Scripture tells us, “let us not grow weary of doing good, for in good season, we shall reap.”

5WCW Activism
Shortly after listening to Hillary, I checked my emails, one came from Elly Pradervand in Geneva with good news: the statement that I had written and submitted through Women’s World Summit Foundation was accepted, and on UN ECOSOC letterhead: “Urge Commission on the Status of Women Support for Fifth World Conference on Women in 2020.” It soon should be posted in the five official UN Languages on the CSW61 website. What I wrote includes my vision that 5WCW will bring together worldwide millennial women coming into their era of activism with the feminists and boomer generation of women who brought equality and empowerment of women this far. This would be the first conference since Beijing in 1995, which was before widespread use of internet. To read, download or print the statement click here.
I had anticipated Hillary becoming our president and that she would (of course!) support a UN General Assembly resolution for 5WCW. Now I am glad to be involved in behind-the-scenes efforts to have such a resolution introduced by and with co-sponsorship from small neutral countries. In her campaign, she brought back the words she spoke at Beijing, “Human Rights are Women’s Rights, Women’s Rights are Human Rights.” This is far from true—yet: to make this so, we need a global women’s movement with momentum through 5WCW.
I am reactivating the GoPetition for 5WCW and ask that you sign it and send it out through FB and other social media. It’s an international petition. There’s a map showing the global spread of signatories. As of today 18,550 have signed in. I will be submitting a request to give an oral presentation to the UN Commission on the Status of Women. I will cite the number of individuals and countries represented who have signed this, and will personally be feeling all of you who have and will sign the petition behind me.

Million Women March- Saturday January 21, Lincoln Memorial, 10 am
Three days after the election, I made the decision to go to Washington DC for the Million Women March. I felt called to be there. I want to participate personally in the energy of women and girls who together will be generating more energy and more ideas and more of a sense that it is up to us to change patriarchy into an egalitarian and diverse society. Women’s March on Washington- National Page – Facebook

Thoughts to Ponder at this Post-Election Time
I’ve received numerous emails from friends that made me pause to put this time into a larger perspective. This came from Barbara Hort who put Leonard Cohen’s words (he died just before the election) with this photo. 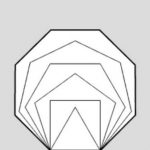 20 Tips to Release Stress and Heal Trauma after this #&*^@ ElectionAlumni in Action, Election, Special Topics 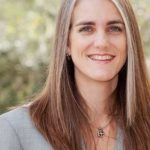 The sun has set on the election, but tomorrow the sun will rise, and we will still be here – Julia HamiltonElection, Special Topics