He went his way down among the lost people 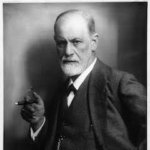 like Dante, down to the stinking fosse where the injured lead the ugly life of the rejected.
—W.H. Auden, “In Memory of Sigmund Freud” 1939
Throughout this trip we will have an opportunity to see the connections between the geographical and historical contexts of Freud’s life and the central themes of his theoretical vision. Beginning in the Czech Republic, where Freud was born and spent his early childhood, will lead naturally into consideration of his understanding of the lifelong impact of very early experience.
While in Prague we will also visit Terezin, camp where at least one Freud’s sisters died—which will help us recognize how radically the world in which Freud lived was ended by the Holocaust.
During our time in Vienna, where Freud lived for almost 80 years, we will walk the streets he walked, visit the University he attended, the hospitals where he worked, the cafes he regularly visited, noticing that Freud’s Vienna was also the Vienna of Wittgenstein, Schnitzler, Mahler, Klimt, and Schiele.
We will go to Salzburg, the site of the First International Psychoanalytic Congress (which Jung attended) and go on to Bad Gastein, a favorite among the many Austrian resorts where Freud and his family spent most of their summers and where Freud did much of his most important writing.
We will end in London and will visit the house where Freud died 80 years ago, just after the outbreak of WWII. This house is now a museum that holds his antiquities, library, writing desk, and famous couch. On our very last evening we will have this space all to ourselves for a final celebratory gathering.
During her early evening lectures Chris will share “her Freud” with all of us—how her understanding of Freud has continued to expand and deepen during the 60 years since she first discovered how the “mothering” she had received from Jung needed to be balanced by Freud’s “fathering.”
We hope you will join us for this very special trip. 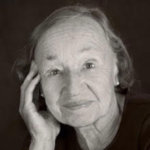 Dr. Christine Downing has been teaching Freud for over fifty years, beginning well before her ground-breaking 1974 talk (when she was the first woman president of the America Academy of Religion) on “Sigmund Freud and the Greek Mythological Tradition.” Her ever-deepening understanding of Freud emphasizes the poetic, mythic, and metaphorical aspects of his thinking and views him in a context that emphasizes the creative writers and philosophers who influenced him, and the writers and literary critics influenced by him. She never forgets that Freud understood himself as a Seelesorger, a tender of souls. For the last 25 years she has been teaching Freud—as well as Jung, Greek, Roman, and Hebrew mythology, Nietzsche and Thomas Mann, and contemporary understandings of sex and gender—at Pacifica Graduate Institute in Santa Barbara, California, primarily in its Mythological Studies Program. Before that she taught in the Department of Religious Studies at San Diego State University and concurrently at the California School of Professional Psychology. Chris has also taught at the Jung Institute in Zürich and lectures frequently to Jungian groups internationally and at American and European universities. She has led five tours to Greece and one to classical sites in Turkey, and most recently one focused on “The Greeks in Sicily.” Her many books include The Goddess, Women’s Mysteries, The Luxury of Afterwards, and The Long Journey Home: Revisioning the Myth of Persephone and Demeter for Our Time.

General Information
Cost Per Person
$4,500 based on double occupancy
$1,100 Single Supplement
The Freud Tour Includes
All lectures with Christine Downing; an English-speaking Tour Leader; entrance fees to museums and other venues; 14 breakfasts and 7 group dinners; airconditioned chartered bus service to all destinations; flight from Vienna to London; and 14 nights’ accommodations in elegant 3, 4, and 5-star hotels with double occupancy.
The Freud Tour Does Not Include
Air travel to Prague and return travel from London, transport hotel/airport, travel insurance, some meals, optional activities, items of a personal nature and tips to hotel service staff. Tips to our tour leader and bus driver are welcomed.
For complete information, a detailed itinerary and registration, visit:
Exploring Freud’s World with Chris Downing
Toni D’Anca
tonidanca@icloud.com
805.455.9941 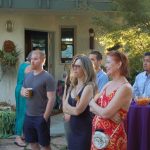 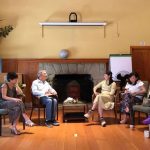